Digitalization of banking in Eastern Europe 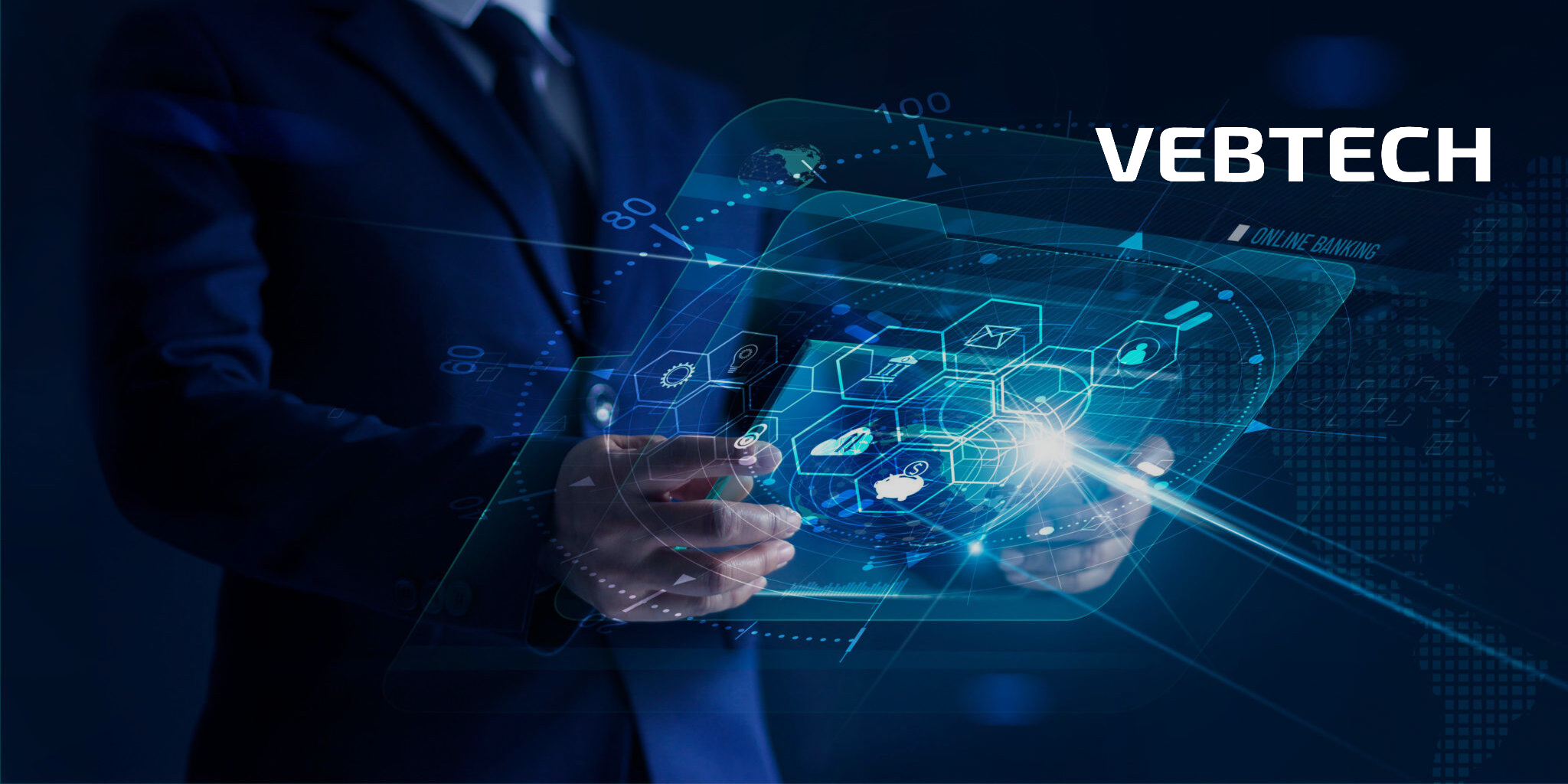 The term digital economy was originally coined in the 1990s when the impact of new technology such as the internet was emerging. It refers to economic activities that are dependent on or augmented by information and computer technologies.

In other words, an economy based on digital technologies.

The banking sector has been transformed by the digital economy, and due to recent circumstances, digitalization has been accelerated even further. COVID-19 has forced banks to adopt new innovative technologies.

Before the pandemic, there was a high level of reliance on face-to-face interaction by financial institutions, and that’s changing now.

Around the world, lockdowns have made it harder to access physical locations. This has driven a large portion of bank clients to switch to digital banking. The use of fintech apps has increased 72% since the start of the pandemic in Europe, according to a study by deVere Group.

The increase has been supported by initiatives such as open banking, which allows financial institutions to securely share data with third parties. Open banking allows for more competition by making new services possible.

This trend is unlikely to reverse as digital banking users now indicate that they will continue using online services after the pandemic is over.

Eastern Europe is in a special position when it comes to the adoption of digital banking.

Regulators have created a good environment for IT companies in eastern Europe.

According to the CEE Fintech Atlas 2019 study:

Furthermore, the study shows that investments in fintech in central and eastern European countries had reached their peak at the time of the study.

The Russian government took an interest in digitalization even before the pandemic. In 2018 the government adopted a national project called “Digital Economy of the Russian Federation”.

The 3 goals of the project are:

As it seems, banks haven’t been left out of this trend. Based on data from Kommersant, in the fourth quarter of 2019, there were 30.4 thousand structural divisions, compared to 31.2 thousand earlier in the year. On March 1, 2020, the number of branches was reduced to 30.3 thousand.

According to the results of a study presented by the NAFI Analytical Center in July 2020, more than half of Russians (56%) use digital channels for personal finance management, such as mobile banking or Internet banking.

People prefer to use their services over the Internet rather than go to a local branch. As a result of the decrease in demand for the physical presence of banks near their customers, the number of these branches has decreased by 26% in less than 4 years.

Banks have been able to save a decent amount of money by digitalizing certain processes. VTB24, a major Russian bank, has introduced a remote electronic registration system for queues in July of 2017, expecting cost reductions of 450 million rubles per year.

Sberbank, Russia's largest retail bank, was able to reduce the loss of man-hours of customers in queues from 440 million in 2006 to less than 100 million in 2015.

Going forward, well-established banks in Russia are likely to benefit from the first-mover advantage by investing heavily in innovation and digital transformation over the past few years.

According to the Global Services 100 rating, the Republic of Belarus is ranked 13th out of 20 leading countries in the field of IT outsourcing and high-tech services.

Some of the top 100 IT companies have Belarusian roots: EPAM Systems, IBA Group, and Intetics Co.

The digital economy has become part of the Belarusian national strategy.

In 2005, Belarus introduced Hi-Tech Park, a tax and legal regime in Belarus, created with the goal of developing the IT business. It is a Belarusian analog of Silicon Valley in the US. The companies registered in HTP can enjoy all the advantages provided, regardless of the location of their Belarusian office.

On 21 December 2017, the president signed the Decree on Development of Digital Economy which aimed to improve the conditions for residents of the High-Tech Park and make the country more competitive in digitalization.

The document establishes that legal entities in Belarus have the right to own any tokens (including cryptocurrencies), store tokens in virtual wallets, exchange tokens for each other or fiat money. Belarusian legal entities registered in the Hi-Tech Park now have a unique opportunity to create and place their own tokens in the Republic of Belarus and abroad through crypto platform operators and cryptocurrency exchange operators.

One example of such a platform is a crypto platform called Finstore. The platform allows companies to issue digital tokens which pay interest. Investment is possible 24/7 from any point in the world.

In 2018, Priorbank became one of the first banks to offer its clients access to the API. This happened during a collaboration with the Swedish fintech company Asteria. The bank and the startup worked together to implement a solution for customers in which the Asteria product was linked to the bank via an API. It offered clients predictive cash flow analytics based on their banking data.

Most of the difficulties were related to the user authentication and authentication protocols - OAuth2 and OpenID Connect. Due to the complexity of these protocols, the bank continues to receive questions about them today.

Many banks in Belarus are skeptical about using open APIs. However, Priorbank believes that APIs offer banks a simple, fast, and seamless way to integrate into a dynamic digital ecosystem and expand their businesses. “The situation with the API in Belarus has not yet been fully determined, but digital transformation is taking place in all areas. We need to change if we want to be ready for new realities and stay in the game, ”Priorbank experts said.

Another example of successful digitalization in banking is BelVEB bank’s app called UP. After its launch, daily transactions grew from 6 thousand to 20.8 thousand and the number of users compared to their old app grew 3 times. This indicates a growing interest among Belarusians in digitalization.

Ukraine has identified digital transformation as a policy priority. The digitalization of Ukraine is led by the joint efforts of the expert and business communities, and in 2018 the government adopted the Concept and Action Plan for the Development of the Digital Economy and Society of Ukraine.

Priorities under the digital agenda of Ukraine include legislation on the digital economy and telecommunications, digital infrastructure, including a broadband strategy, the Cashless Economy Program in the areas of e-commerce, e-trust, and cybersecurity, as well as Smart Cities - Smart Regions initiative aimed at decentralization and implementation of e-skills, e-health, and e-commerce in the regions of Ukraine.

In 2017, Digital Banks entered Ukraine. Known as neobanks, these online banks are fast, easy to use, charge low fees, and serve customers via mobile apps, forgoing the slowness and bureaucracy of traditional banks.

As Ukraine strives to become a cashless society, competition among these banks increases. However, experts say there is still room to grow.

Probably the leader in this market is Monobank. The company is valued at over $1 billion. The bank was founded in 2017 and has gained over 4.4 million clients since then.

Monobank offers many services that traditional banks do. It allows users to keep and withdraw the money or put savings on deposit accounts with up to 10% per annum. But Monobank also stands out from its competitors. For example, it allows its clients to split a restaurant bill, transfer money in one click, pay salaries, cover utilities without fees and return up to 20% of monthly expenses in the form of cashback. Monobank also plans to issue cards allowing to trade Bitcoin and invest in shares of foreign firms.

Very similar to Monobank is Izibank. It entered the market in February 2020 and reached almost 100,000 active users in July 2021.

Izibank also provides 1% cashback on all purchases and 2% cashback every Friday in cafes, clubs, and restaurants. Users are not charged for money transfers, cash withdrawals, and deposits at City24 ATMs, as well as utility bills. With Izibank, users can plan their budgets and set financial goals.

Governments in Eastern Europe have been eager to speed up the process of digitalization of banking and the economy as a whole. Policy has been passed to foster growth and active cooperation between states and private companies is occurring.

The pandemic has created conditions that have created an increased demand for the digitalization of banking. However, even before these events, interest was already high.

Due to these factors, we can expect strong growth of digital banking in the coming future.